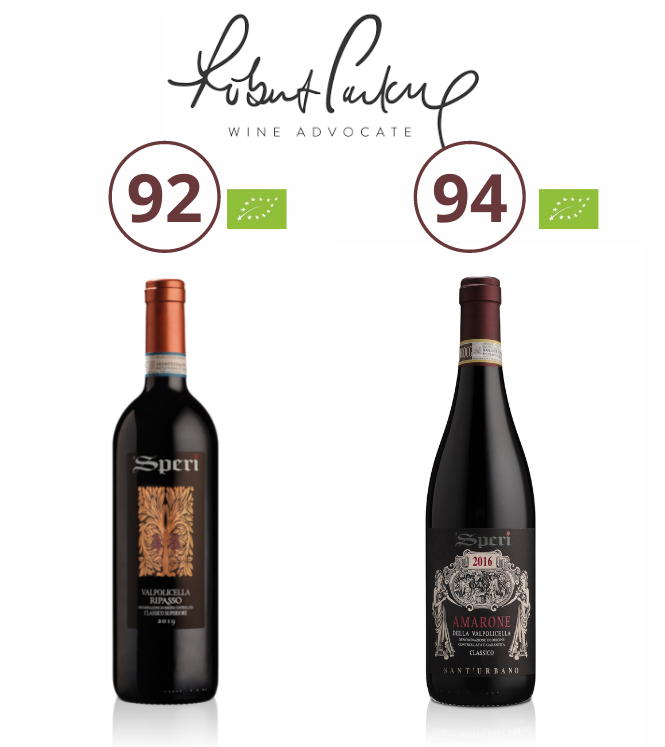 Amarone Sant’Urbano 2016 has another great award. Monica Larner of Robert Parker Wine Advocate gives it 94 points. “The organic Speri 2016 Amarone della Valpolicella Classico Sant’Urbano is fleshed out and generous, even at this relatively young stage in its evolution. This hearty and open-knit wine offers dark cherry fruit and black plum, with spice, tarry spice and campfire ash. There’s nothing not to love about this bright but full-bodied Amarone”

Not least the younger brother, the Valpolicella Superiore Ripasso 2019 with 92 points. “The bouquet is very expressive and full, revealing dark cherry and blackcurrant with the raisiny or slightly baked overtones that you should expect of Ripasso. This organic wine offers alternating flavors that swing from sweet to savory, thus broadening considerably this wine’s food-pairing potential.”
Download the reviews